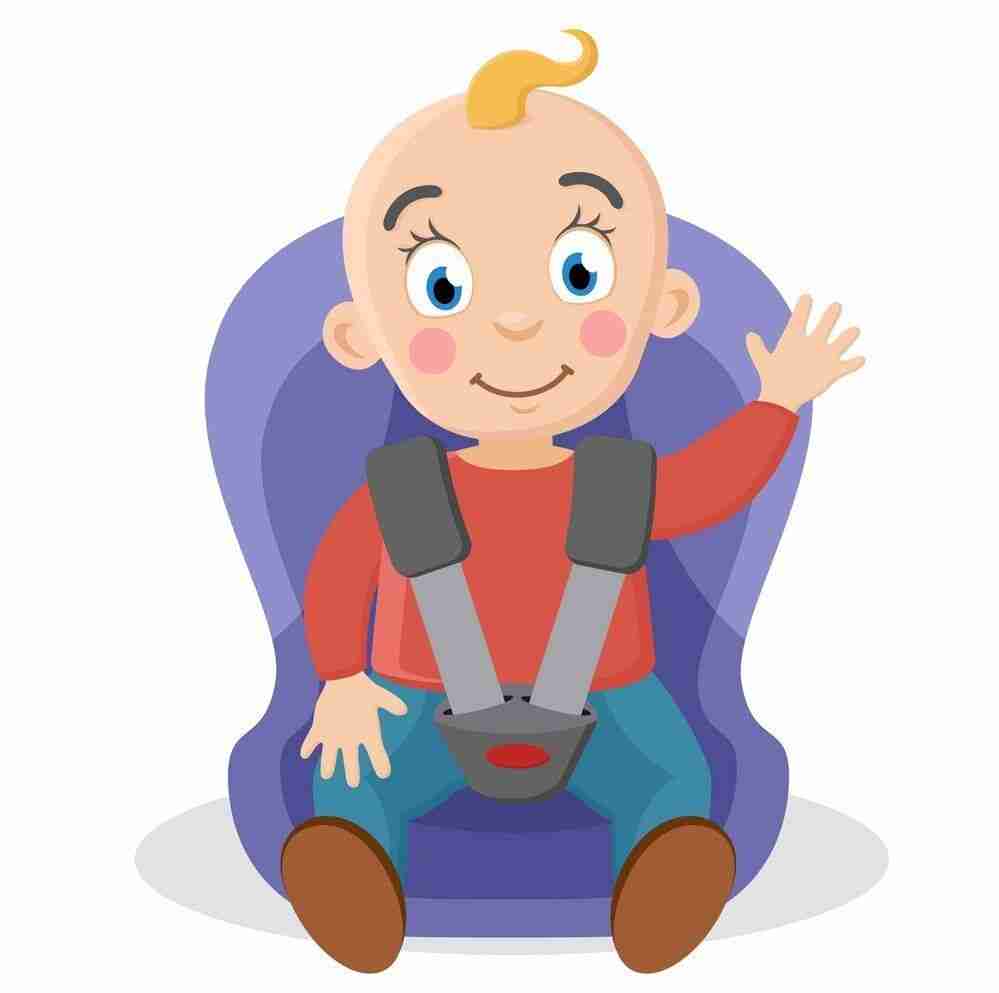 If you didn’t know it existed, if you are a do-it-yourselfer, if just haven’t gotten around to it…here are five reasons to hire a child car seat cleaning service in Las Vegas (like Germz Be Gone) today! 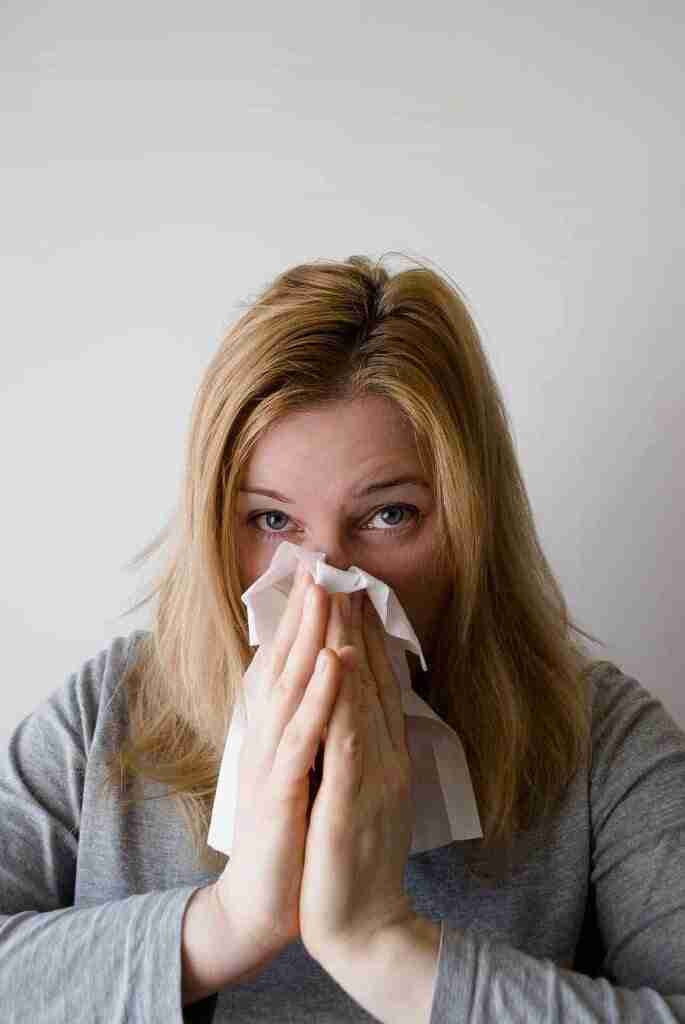 “Cleaning” is to remove soil, dirt, debris from a surface or the air. If you look around your home, do you see soil, dirt or debris sitting on anything? If you do, just know that it’s much worse in areas you can’t see. Perhaps your current cleaner forgot to get that area or they simply never get that area. The lack of thoroughness is contributing to your allergies. Luckily, with Germz Be Gone, allergy symptom relief is right around the corner.

Pro Tip: Most cleaning companies you hire will only clean or wipe things at shoulder height. Depending on the height of the individual, you could be looking at no higher than 5-5 1/2 feet. Be sure to specify the height in whatever agreement you have with them or you may end up disappointed in their results.

The problem is when areas are neglected they become hotbeds for dust and other allergens that will persistently trigger your allergies. Walk through the doorway, and the little bit of wind you create actually disturbs “resting” allergens on the lip of the doors molding, sends them airborne and eventually end up in your respiratory system. A similar concept can be applied to your floors, mattress, sofa and any where else you spend your time. See for yourself: rub a cloth on the top of your door and doorjamb and notice how much dust you knock down (consider it free allergy testing).

Pro Tip: Cleaning companies will not move furniture to dust or vacuum behind or underneath. Sometimes they may have equipment to reach certain areas, but to thoroughly clean an area, the piece will need to be moved. If you want specific areas cleaned, be a good customer and move the furniture yourself. Who knows, you may find that priceless earring, favorite bookmark or remote control if you do. Otherwise, hire Germz Be Gone and we do the heavy cleaning.

At Germz Be Gone we specialize in home allergy relief.

We recommend you enhance your maintenance cleaning every 3 months with our Home Allergy Relief package. This package is designed to coexist with your current cleaning company’s regiment or your own. We perform an extreme dusting and vacuuming of areas that need it most like your sofa and mattress as well as the areas that are hard to get like blinds and ceiling fans.

To finish up, we apply a probiotic mist your home’s air and surfaces. This helps tremendously in providing nontoxic, hypoallergenic sanitizing, deodorizing and allergen removal. What’s more, the probiotics keep working and protecting for several days.

Are chemicals really winning against superbugs? Short answer: no.

Antibiotics are getting a lot of attention these days; and not for good reason. It seems their overuse has caused and is causing a spike of antibiotic-resistant bacteria (superbugs) which is infecting people in some parts of the United States. A recent news story caught my attention and reaffirmed my use of steam and probiotic cleaners.

You may have already heard of Methicillin-resistant Staphylococcus aureus or MRSA, but there is another one on the rise which tops the World Health Organization’s list of dangerous bacteria: Carbapenem-resistant Enterobacteriaceae, or CRE. In 2013, 39 patients were infected with the superbug at a hospital in Illinois. A hospital spokesperson said the Centers for Disease Control and Prevention linked the outbreak to a tainted medical device. Two patients died.

Today, the Center for Disease Controls reports over 175 CRE cases in the U.S. alone. With the numbers on the rise, folks are looking for solutions and remedies. Too many times, though, the “remedy” turns out to be stronger antibiotics. “We need to be very, very careful about when we use antibiotics because that’s what leads to more resistance,” said Dr. Susan Bleasdale, Medical Director of Infection Control at the University of Illinois at Chicago. “It’s that antibiotics use over years that has led to the problem we have right now.”

How’d we get here?

Based on the countless studies and articles I’ve read, there is one trend I see in the overuse of antibiotics that gets a tiny mention, but absolutely no focus: the chemical cleaners being used to clean equipment, bedding, and other components are not effective at all and are being misapplied. The victims of such harmful bacteria often contract the infection from contaminated tubing, devices, even improper hand washing. So if the majority of antibiotic-resistant-bacteria cases come from the environment, why then is the focus of prevention on the ingestion of antibiotic drugs?

While antibiotics come in pill form, in fact they can also be something topical like an ointment or perhaps a chemical disinfectant like bleach or ammonia. Chemical cleaners, I would argue, are far more prevalent than any antibiotic drugs. Nearly everyone has some form of disinfectants or chemical cleaners in their household. And since you don’t need a prescription for some of the most dangerous chemicals known to mankind, you can certainly pick some up at the store yourself and start cleaning. Being freely available, it’s the widespread use of chemical cleaners that has led us down this slippery slope.

However, if you’re in the mood to clean or need to sanitize your environment for peace of mind, my suggestion is to leave those chemical cleaners behind as you may be contributing to superbug creation.

The pitfalls of chemical cleaners.

You may think they are killing all the germs they touch, but unless the proper amount of “dwell time” is applied, chemicals like chlorine bleach and ammonia are useless. In order to be effective, most bleach manufacturers call for cleaning before applying the bleach then letting the bleach remain on the surface between five and ten minutes. For a contractor, whose profit motive is time sensitive, or for a busy parent having to pick up junior in a few minutes, the likelihood of adhering to those recommendations is low and places your health at risk.

If you hire a contractor who uses chemicals or you do the cleaning yourself, be wary of the following pitfalls when using chemicals to clean:

What should I use?

At home and in my own sanitizing business, we use a combination of steam and probiotics. Yes, I said it…”probiotics.” The steam is a given. With its natural cleaning ability it also sanitizes like no other. Heat destroys all things–even microbes resistant to chemicals or drugs.

The probiotics then work wonders in several ways:

I highly recommend purchasing a probiotic cleaner. It will clean better than any chemical on the market without creating superbugs and doesn’t carry a laundry list of warnings.

Much like drug commercials listing a myriad of bad consequences if you take their pill, when it comes to sanitizing, chemical solutions can do you more harm than good. The costs must be weighed and if an effective, healthier alternative exists you may want to consider exploring it.

Graco car seat cleaning – We show you what a typical car seat looks like as soon as we get it from a busy parent. We then show you the before and after pics. The transformation is awesome!

This customer took advantage of one of our special offer to get her Graco car seat and stroller cleaned. When she received her child’s items back from Germz Be Gone she simply said, “Wow!”

Reactions like that motivate us to make the next customer feel the same way with our top notch car seat cleaning and baby gear services.

Besides, imagine what your child will think when she sees her car seat after it being sanitized and detailed…Kids notice everything!

Feel free to check out this video and more Germz Be Gone car seat cleaning results.

Car Seat Cleaning Is Critical To Your Child’s Health And Safety.

At Germz Be Gone we take car seat cleaning seriously since the cleanliness of your child’s car seat lends directly to its safety in two important ways: infection risk and reduced functionality.

Infection Risk. A dirty car seat carries a lot of germs your child tracks all over the place. Imagine the harmful germs your child picks up and carries from the park, school, stores, sports, etc. From any of those places, you place your child in their car seat repeatedly and, if you’re like most parents, you don’t clean and sanitize their seat each time they come out of it. With the combination of the desert heat, food crumbs, sweat, and spilled milk, conditions are ideal for the harmful germs to thrive and multiply, out number the good protective microorganisms, and eventually get your child sick.

What’s The Big Deal? Harmful germs can affect your child’s health in the following ways.

Each of the above can lead to health issues, missed opportunities for your child, and missed work for you the parent​.

Easy, Quick Sanitizing. As a busy parent, you may not have time for a full fledged detailing and sanitizing every day. So what Germz Be Gone recommends as an affordable solution is to make a small spray bottle of good old vinegar (6% acid if you can find it). Set the spray bottle on mist, and each time you take your child out of her car seat, quickly mist the car seat’s fabric being careful not to spray the buckles or straps. The smell will go away after a few minutes (usually before you get back in the car) and the vinegar will kill most germs without harmful side effects.

When it’s time for a thorough car seat cleaning, detailing and sanitizing, call Germz Be Gone.

Reduced Functionality. Food crumbs and sticky substances often fall into areas you don’t normally see, but are critical to the safety​ of the car seat. Things like gears and clasps can get stuck or not snap together completely. If this happens, your child’s safety is at extreme risk if in an accidental or sudden stop situation. Your child can be thrown from his car seat and tossed about the cabin or ejected from the vehicle itself.

Always do a quick check of your child’s straps and buckles by giving them a firm tug. Also be sure to check for and remove debris or other items that may find their way into gears, buttons, and release/locking mechanisms.

This website uses cookies to improve your experience while you navigate through the website. Out of these, the cookies that are categorized as necessary are stored on your browser as they are essential for the working of basic functionalities of the website. We also use third-party cookies that help us analyze and understand how you use this website. These cookies will be stored in your browser only with your consent. You also have the option to opt-out of these cookies. But opting out of some of these cookies may affect your browsing experience.
Necessary Always Enabled
Necessary cookies are absolutely essential for the website to function properly. This category only includes cookies that ensures basic functionalities and security features of the website. These cookies do not store any personal information.
Non-necessary
Any cookies that may not be particularly necessary for the website to function and is used specifically to collect user personal data via analytics, ads, other embedded contents are termed as non-necessary cookies. It is mandatory to procure user consent prior to running these cookies on your website.
SAVE & ACCEPT
View Cart Checkout Continue Shopping